Riyajul Hussain March 21, 2020 MOTIVATION
If you are one of those who dream and understand its power, then read the whole post because this post will help you to reach them. Reaching the destination of our dreams, we face many difficulties, what does dream want to teach us, does dream inspire us to move forward? The answers to all these things are given in this Post by the story that touches the heart. This post has the power to take you into the world of this story so that your determination will become stronger for your dreams. 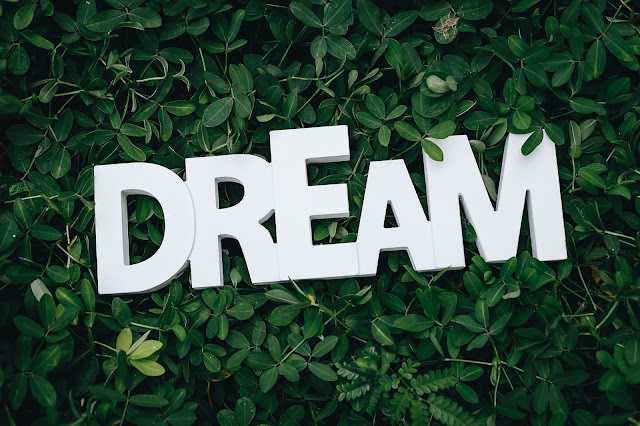 By reading this you will learn

There is only one way to learn, through karma.Whatever you need to know, you have learn from your journey

The Alchemist is the story of a cowboy boy named Santiago. Santiago who lived in the city of Spain. He was very fond of seeing the world, so he used to go from one village to another grazing his sheep and selling wool. For the last few days Santiago is missing the thought of a girl. She is the daughter of a businessman whom he seen last time by selling wool. He was once again going to his village Tarifa, it is night before reaching there, he leaves his sheep in an empty church and falls asleep under a Saikamor tree.
He sees in dream that a child comes to play with his sheep, and takes his hand and takes him to the pyramid, and says here is your treasure and as soon as the treasure of that treasure is revealed, he starts to sleep. She goes . He has seen this dream before, he thinks this dream and stays restless all day, only then does he realize that there is an old lady who praises dreams in Tarifa, he goes there and goes to meet her

When you want something wholeheartedly, then the whole world takes you to join him

He tells his dream to the woman, then the woman tells him that she
explain this dream means only when You will promise to give one-tenth of this treasure. Santiago listens excitedly. Then the woman tells him that there is a huge treasure in your luck, which he will find near the pyramid of Egypt (Egypt) and he should go there. The boy thinks that the woman is fooling him and there is no such treasure and he comes out from there. When he goes out to buy a book from the market, an old man comes to him and starts talking to him.
Then the old man says that I can take you to that treasure and the old man says I am Melchizedek King of Salem I like to roam, so I travel disguised and he says, he can tell him about the treasure When he gives him the tenth violence of his lamb, the old man says to him “When a person is young, he knows his destination and does not hold back from dreaming and fulfilling, but as in time A negative force starts to pass him and it becomes impossible to fulfill that dream and he gives up his dream. Whatever you are, if you want something from the heart, it becomes your mission. Whether you want to roam the world or marry the daughter of a merchant or find a treasure and “when you want something wholeheartedly, the whole process takes you to join”.

The next day he gives one-tenth of the sheep to the old man and sells the remaining sheep and collects the money. The old man tells that treasures will be found in Egypt and to find the treasure one must follow the sign of nature and gives him two stones which will be useful in reading the sign of nature.
Santiago moves towards Africa and Santiago’s money is looted as soon as he reaches the African city of Tangier. He thinks that he is completely trapped and upset, then he sees a crystal shop on top of the hill and he goes there and tells the merchant that if I clean your crystal, your crystals will sell more . Instead of this you can feed me food and he assumes the merchant and after the meal is over, he asks him to work in the shop, then Santiago also accepts.
After working for a few years he earns a lot of money. He now thinks that with this money he can buy a lot of sheep again and go back to his country, then he remembers that old man and then he joins the caravan which is going to egypt. There he meets the English Man. Who happens to be looking for an Alchemist there. That alchemist is 200 years old and can convert copper to gold. When they reach the village of Alchemist, the war in Kabilo begins and Santiago helps the English Man to stop and find the Alchemist while he meets Fatima and falls in love. Fatima tells him the address of Alchemist but then Santiago starts visiting Fatima again and again. Santiago lives in the desert and understands the language there.

True love never stops fulfilling dreams, when we love we always try to be better than ever. And when we try to get better things around us also get better

He sees two birds fighting one day. He thinks that the army is about to attack the village. He goes and tells the king there. He takes his army ready to go to war. Then the king tells him if you will wrong then , I will kill you. The next day the army invades the village, but due to the preparations, the villagers win the battle and the king gives 50 gold coins to Santiago and makes him the counselor of the village. Santiago thinks that he can now live in this village for the entire life by marrying Fatima, he goes and tells Fatima then Fatima says “She is a woman of the desert who has a habit of giving up her husband and she can’t go with him. But she tells him “True Love never stops fulfilling dreams, so you must go to fulfill your dream. “
On the same day, the Alchemist meets Santiago, explains it and takes him with him to find the treasure. After traveling in the desert for a few days, the clan captures him in a detective charge, the Alchemist tells the clan king that he knows nothing about the war, he just goes out to hunt and this boy is a very big Alchemist who can change him into wind within three days. And he also gives the gold of Santiago to the king of that clan, then the king of the clan laughs saying you are thinking me crazy if this boy does not do this, I will kill you both.
Santiago is very scared and says to the Alchemist, you have trapped, both of us and i think we will be killed. “It is impossible to do so” The Alchemist says, “Remove the fear of death and failure from within yourself and concentrate on the language of the desert. You can do this easily.” Three days later, by going to the high mound of hill Santiago speak to sand, sun and air in their language and he becomes successful in bringing the storm, seeing that the people of the fort leave both.

Life becomes enjoyable with the possibility of dreams coming true

After a few days traveling in the desert, they both reach a monk. In the monk’s house, the Alchemist prepares four coins by converting copper into gold, one of which he holds and gives one to the Santiago and two to the monk, including one to the monk and the other to the Santiago when they comes back from pyramid. The Alchemist goes back from there and proceeds towards the Santiago Pyramid, reaching there and starts digging, after some time some people come there and get the gold coin from him, those people think That this boy has dug out these gold coins, they beat Santiago and tells to dig more,
Santiago gets tired and tells about his dream. One of them is start laughing and says that I also had a dream in which I saw a Sycamore tree in a broken church in Spain where shepherds sleep with their sheep, under which the treasure is hidden but I am not so stupid that I am there. Go digging and then tells my colleagues, leave it, it seems crazy, they go away from there.
Santiago laughs happily after the people leave because he now realizes that the treasure is in the same church in Spain where he slept and he returns to his country, reaching the church where the Sycamore tree is. Saikamor is the symbol of Egypt, so Egypt came in dream. Santiago takes out the treasure and gives the tenth violence to the old woman he promised and then goes back to the desert where Fatima is waiting for him.

This story wants to explain that we know what we want and we need to do it with full determination to get it. This universe, nature, people all help us. They show us the way by gestures. The secret is in this present. If you pay attention in the present then you can refine yourself and if you refine your present, then the moment will also be better.

Explain to your heart that fear of suffering is more scary than trouble. And no heart has ever suffered in the pursuit of your dreams and if you are having trouble, then understand that you are not moving towards your dreams in the right direction with full passion. One thing that is worth noting is that there is no such thing as a coincidence. Think if SANTIAGO too thinks that if his combination is to get the treasure then he will come to him himself and he may never know that he will become rich. Therefore, there is nothing like a coincidence, it is very important to try hard for everything.