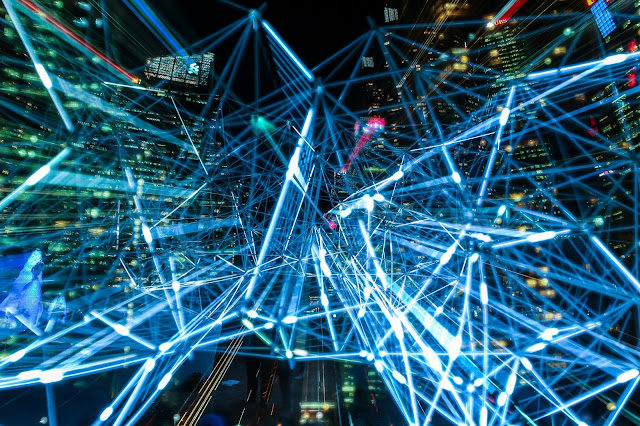 People are often debated about technology, some people say that it is spoiling us and some people say that we are moving ahead by technology. Some companies are going ahead by using technology, while some companies are going to waste due to technology. In such a situation, by using technology, our future is going to be good or bad and if our future is going to be bad, then how?
The article will answer these questions. This article will let you know how we can use technology in good works. And you will know how the Companies like Amazon are able to run themselves.
You will learn by reading this

If you are a owner of very big company, and don't no how to manage well ? then do this

Companies like Amazon have formed different teams to handle different types of work. In this way it has divided many employees into small groups. This is called the vote to picture team, which means that their team is so small that it can easily share two pizzas. Whenever a problem arises from this, they get to know that the people of which department are responsible for solving that problem and they come to the team and manage their work.


So you too can try this method of Amazon and manage your company in a better way.

Algorithms have made our work much easier today. But they also have their disadvantages.

The way technology companies divide their employees into small groups. In the same way, there are many small programs in the algorithms of computers that work to solve different problems. Some of those algorithms check their own performance by themselves and delete programs that do not work well.
For example take search engines, it checks which website has been clicked on the most. In this way, he is able to find out which website is useful to the people and he puts it on the top as well as the websites which do not get clicks, they are put them down.
This is like the principal of Darwin’s Survival of the Fittest. Which says that the animal that is fit to live in the environment will be alive. If there is any other animal that is going ahead of them in competition, they will lose it and if the condition worsens, they will die. In the same way, if the website is also better than other websites, then it will be able to come to the search result.
It sounds very good to hear all this. Our life has become very easy with the help of algorithms. But it also has some disadvantages. Very often we design algorithms to do some more work. But he brings a lot of side effects as well. Many times he will start doing something that will be the same, he has been programmed to do it. But that will not be what you wanted him to do. If you have seen Rajinikanth’s robot movie, you will get to know what it is.
This is why algorithms need humans, without us they never work well.

Artificial Intelligence cannot tell what is true and what is false

Now we will know how Artificial Intelligence brings side effects with you. Perhaps you guys will know that one of the things that was done on Facebook in 2016 was that it was accused of affecting the outcome of the election. It’s a goal, which is to increase data traffic, to convey to the people what they likes to see.
In such a situation, when the rumor related to the election spread, Facebook’s algorithm started promoting it. And the rumors spread to people further, so that the result of the election was affected, in this way algorithms sometimes work. Which are side effects of their program R. It often shows you the things you want to see,now whether it is right or wrong is it good or bad.
Apart from this, some algorithms are also used in the stock market. So that we can see the ups and downs of the market as soon as possible, we can know the situation of the market within seconds. But the disadvantage of this is that you started working in the stock market very fast and humanity is not able to work with speed.
All these algorithms focus only on numbers and not on long-term profits, because of this many people start focusing on their short time profits while they have to loss their long term profits. These computers also have a big hand behind the market crash. The algorithms are doing their work as they are designed to do. But he has brought some negative side effects with him.

Many of you must have heard that due to the arrival of technology, many people are becoming unemployed. This is true to an extent, algorithms are working much faster than humans today. There are very few mistakes in his work and he does not believe anything. In such a situation, companies are hiring them because of humans.
If this continues, by the 21st century, technology will completely remove humans job. Today almost two out of every three Americans feel that we cannot rely on jobs, they no longer feel set by their jobs. Technology is slowly becoming a threat to all these people.
But there is another aspect to it. Till date, a new type of knowledge is also being created. We need a new software engineer to write and maintain these algorithms. Also, the digital platform has now brought a lot of work opportunities to people’s homes. For example you can Uber cab.
When a taxi driver registers in uber, he gets riders from his surroundings very easily. In this way the above is giving them a chance to work and at the same time giving work to a lot of people in their company.
Such works did not exist 20 years ago. People are getting more freedom from this. But at the same time, people are not getting the benefits like health benefits and the paid holidays when they worked in the company. In this way, technology has become a two-edged sword. On one hand it is destroying jobs and on the other side it is creating jobs with advantages and disadvantages.

Technology can have its benefits. So we should try to adopt technology instead of running away from this. This may bring with him a big change in human future.
Take 19th-century weavers for example. When the companies started weaving with machines, many weavers lost their jobs. So in anger, he entered the company and broke all his machines. With this, he got his work back and later this work became an entire sector based work. Even today there are many weavers who make clothes by hand.
Those who oppose technology are called Luddites. Many people became unemployed when companies started knitting with machines. So they broke everything. But later, new types of work were born. It can be understood that even though technology is taking away the work of some people, it can also give us a chance to do a whole new kind of work in the future.
Apart from this, we can also tell people how the arrival of technology can benefit employees, employees and customers. With the help of technology, we can benefit from this platform by making it better.
At the same time, we can unify the merits of machines and humans by teaching people to work with technology. We can make technology so easy that everyone can use it. Everyone can benefit from this.

With the help of technology, today many opportunities are reaching people’s homes. With the advent of digital platform, many new facilities and functions are reaching people and with the help of artificial intelligence, we are able to run these digital platforms. But on the other hand, there are some disadvantages due to technology. People are losing their jobs and technology is also being used for wrongdoing. By teaching employees how to use technology and making some rules related to it, we can use it for everyone’s benefit.